CBDistillery™ Relief + Relax CBD CBG 1:1 Oil gives you all the wellness benefits of a full-plant extraction, with the added benefit of CBG! CBG is the "mother," or "stem cell," cannabinoid, which creates all other cannabinoids such as CBD. CBG works in the way CBD does by interacting with your CB1 and CB2 receptors in your endocannabinoid system, helping to achieve a healthy equilibrium and homeostasis. When CBG and CBD are paired together with other cannabinoids and terpenes, you will take advantage of what is known as the "entourage effect," which multiplies the wellness benefits of CBD. This tincture is excellent for everyday use and offers you the flexibility to easily adjust your serving size to provide you with the results you are looking for.

CBDistillery™ Relief + Relax CBD CBG 1:1 Oil gives you all the wellness benefits of a full-plant extract CBD, but with the added benefit of CBG! This tincture is excellent for everyday use and offers you have the flexibility to easily adjust to a serving size that provides the results you are looking for. The recommended serving of CBD & CBG is 30-60mg daily. 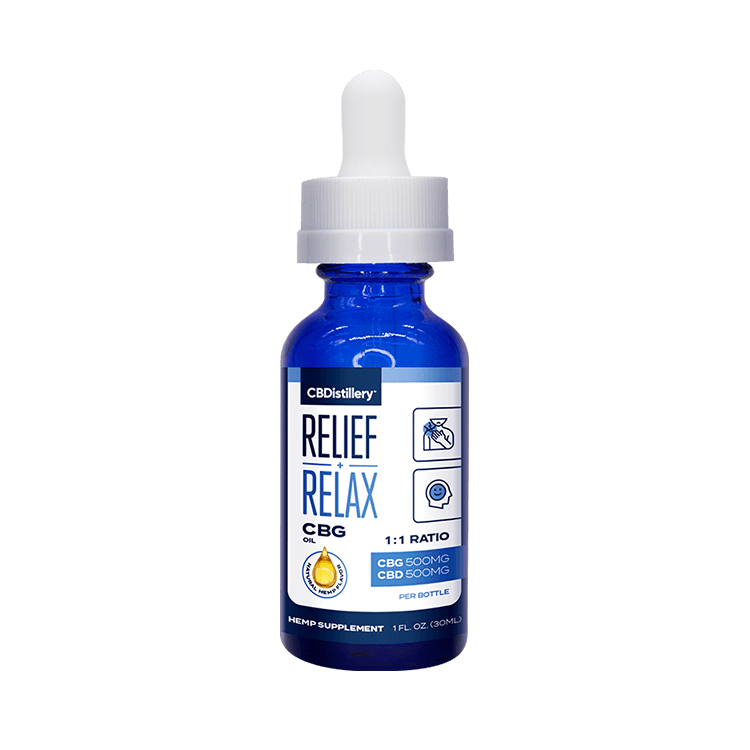