FREE Shipping with Subscription ($9 savings)
Qualify for free shipping on every delivery when you subscribe (a $9 value).
×
×

This will ship with your next subscription order
Scheduled for May 18, 2022

CBDistillery® is excited to announce the launch of our all-new Cannabinoid Mix Pack, including the CBG:CBD Tincture and CBN:CBD Tincture! Whether you're looking to enhance CBD's health benefits with our CBG:CBD 1:1 Tincture, or in search of a natural alternative to help improve sleep with our CBN:CBD 1:3 Tincture, you can now harness around the clock cannabinoid support at a discounted price.

Harness the power of minor cannabinoids around the clock! CBDistillery®'s all-new Cannabinoid Mix Pack includes the CBG:CBD Tincture and CBN:CBD Tincture for a discounted way to enhance your CBD experience.

WARNING: Consuming this product can expose you to chemicals including Δ9 -THC which is known to the State of California to cause birth defects or other reproductive harm.  For more information go to https://www.p65warnings.ca.gov/products/food.

A 2019 customer survey with 1,900 respondents conducted by CBDistillery® showed: 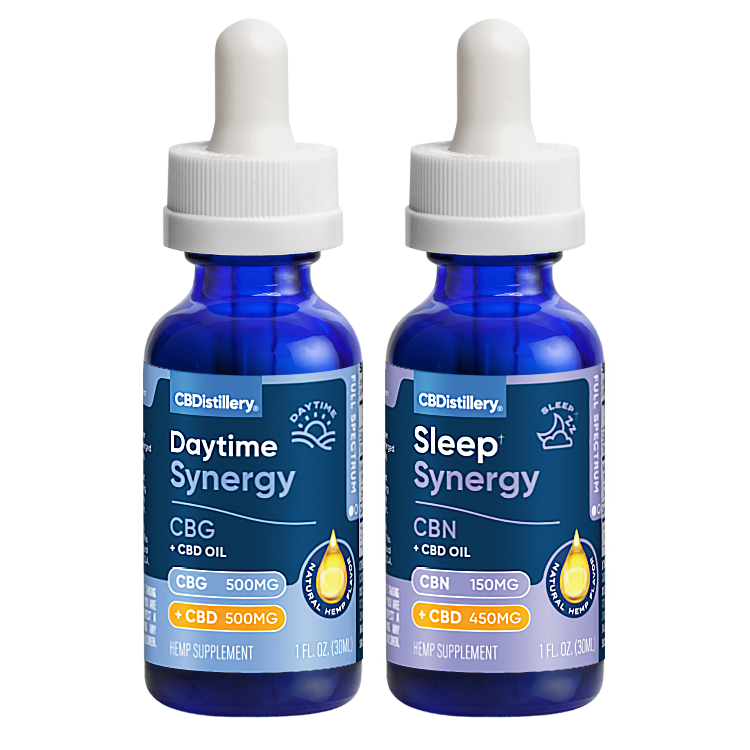 At CBDistillery®, we're dedicated to providing customers with honestly labeled, high quality hemp-derived CBD products - without any gimmicks. We share third-party tested lab results and oversee every process from seed to shelf. Honest, trusted, and established, CBDistillery® remains America's #1 value brand and leader of the #CBDMOVEMENT™.