The possibilities are endless with CBDistillery™ CBG Isolate High Purity Powder! CBG is the "mother," or "stem cell," cannabinoid, which creates all other cannabinoids such as CBD. With this CBG powder, you have the ability to create your own CBG topical products, or even mix the powder into your favorite food and drinks.

CBG works in the way CBD does by interacting with your CB1 and CB2 receptors in your endocannabinoid system, helping to achieve a healthy equilibrium and homeostasis. By adding CBDistillery™ CBG Isolate High Purity Powder to your favorite lotions, creams, foods, and drinks, you'll have a personalized way to incorporate CBG into your daily routine! 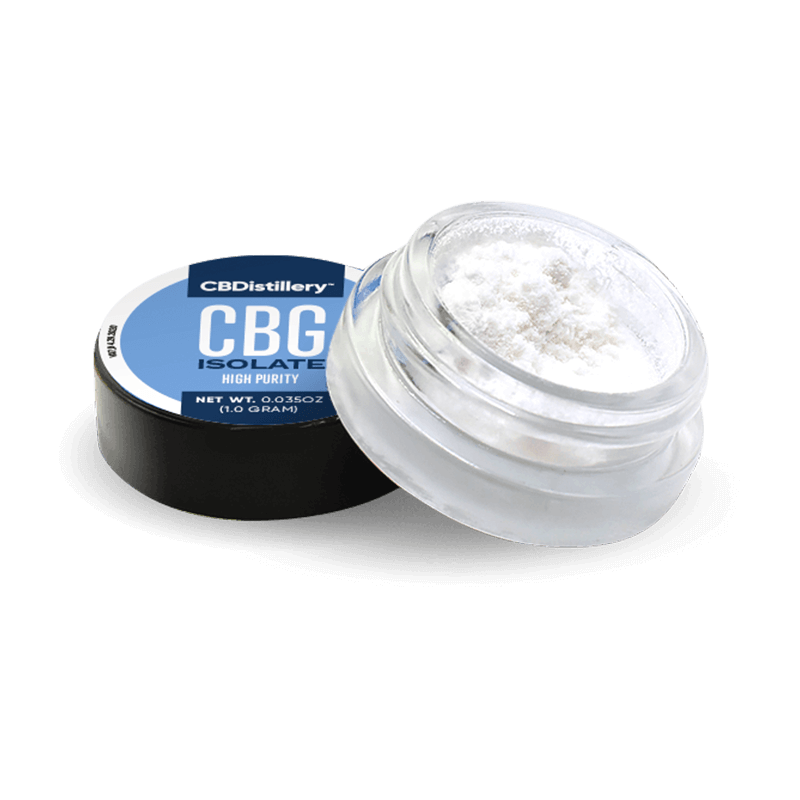 Suggested Use: Add desired serving of CBG Isolate Powder to food or beverage. Mix until dissolved.

CBD and CBG have similar effects on the body, but they achieve those effects differently. Although CBD is the more abundant of the two cannabinoids, research suggests that the effects of CBG are stronger. That observation is likely explained by the way the two cannabinoids interact with the receptors of the largest regulatory system in your body, the endocannabinoid system (ECS). CBG binds with the ECS receptors and interacts directly, so the therapeutic potential is more potent. CBG also enhances the therapeutic potential of CBD through a phenomenon known as the entourage effect, a theory that explains how the many phytocannabinoids, plant terpenes, and other components in cannabis plants interact to magnify and multiply the effects of the others.

How CBG isolate is extracted from hemp

For full-spectrum hemp extract, a product that contains small amounts of CBG and high levels of CBD, CO2 extraction is the best option. This extraction method relies on a series of pressure and temperature-controlled chambers that separate the oil from the plant matter. As the pressure is released and temperatures normalize, the CO2 converts back to its gaseous state and is released from the crude extract. Once extracted, the crude oil is ready for chromatography, a process that allows individual plant components to be collected separately. CBG can also be purified, much in the same manner as CBD isolate, to obtain a crystalline powder that is nearly 100 percent pure cannabigerol.

The health benefits of CBG Isolate can be added to baked goods, dips, desserts, drinks, and more! Just mix your preferred amount of CBG Isolate into your favorite food and drinks.

What are the benefits of CBG isolate?

CBG isolate is processed down to the purest form of CBG, and since it comes in powder form, it's extremely versatile. The health and wellness benefits of CBG powder can be easily added to your favorite foods and drinks.