If you're ready to kiss sleepless nights goodbye, meet your new favorite go-to product for enhanced sleep and relaxation! CBDistillery™ CBN:CBD 1:3 Oil Tinctures gives you all the wellness benefits of a full-plant extraction, but with the added benefit of CBN. Each bottle contains 150mg of CBN and 450mg of CBD. When CBN and CBD are paired together with other cannabinoids, terpenes, and flavonoids, an enhanced 'entourage effect' occurs, making this product a natural alternative to help improve sleep, relief, and relaxation.

CBDistillery™ CBN:CBD 1:3 Oil Tinctures gives you all the wellness benefits of a full-plant extraction, with the added benefit of CBN. Each bottle contains 150mg of CBN and 450mg of CBD. CBN and CBD are known to be a natural alternative to help improve sleep, relief, and relaxation.

WARNING: This product can expose you to chemicals such as Δ9 -THC, which is known to the State of California to cause birth defects or other reproductive harm. For more information go to www.P65Warnings.ca.gov/product 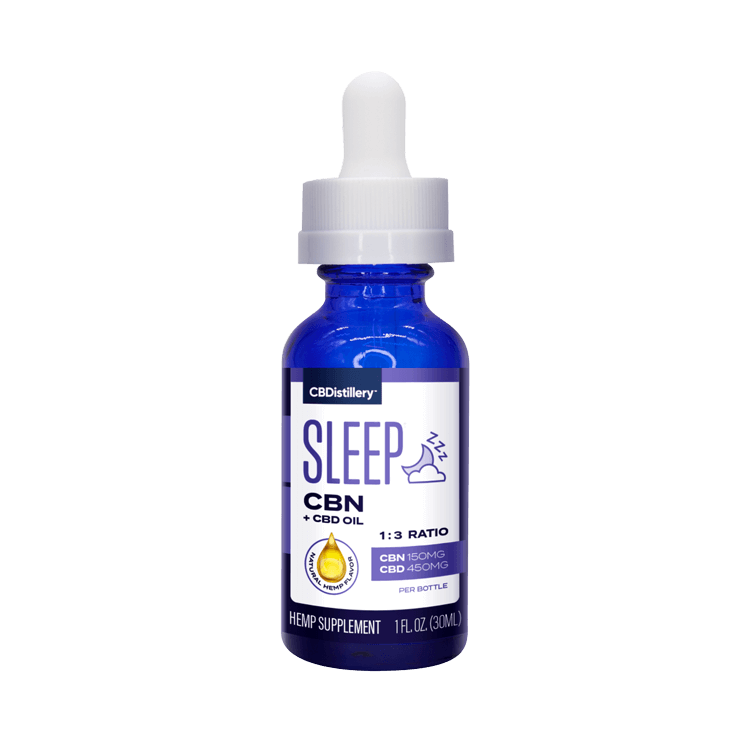 What are the health benefits of CBN?

Although CBN works within your ECS like CBD and CBG, helping to regulate many crucial functions within your body, anecdotal evidence suggests CBN has the potential to promote enhanced sleep since it works directly with your CB1 receptors, which are known to influence sleep.

How does CBN work?

After decades of study devoted to the effects of hemp and its therapeutic potential, researchers eventually discovered a complex network of messengers and receptors that regulate nearly every essential process in your body, the endocannabinoid system (ECS). Cannabinoids, such as CBN, function as the messengers.

What CBN products does CBDistillery™ offer?