CBDistillery™ is excited to announce the launch of our all-new Cannabinoid Mix Pack, including the CBG:CBD Tincture and CBN:CBD Tincture! Whether you're looking to enhance CBD's health benefits with our CBG:CBD 1:1 Tincture, or in search of a natural alternative to help improve sleep with our CBN:CBD 1:3 Tincture, you can now harness around the clock cannabinoid support at a discounted price.

Harness the power of minor cannabinoids around the clock! CBDistillery™'s all-new Cannabinoid Mix Pack includes the CBG:CBD Tincture and CBN:CBD Tincture for a discounted way to enhance your CBD experience. 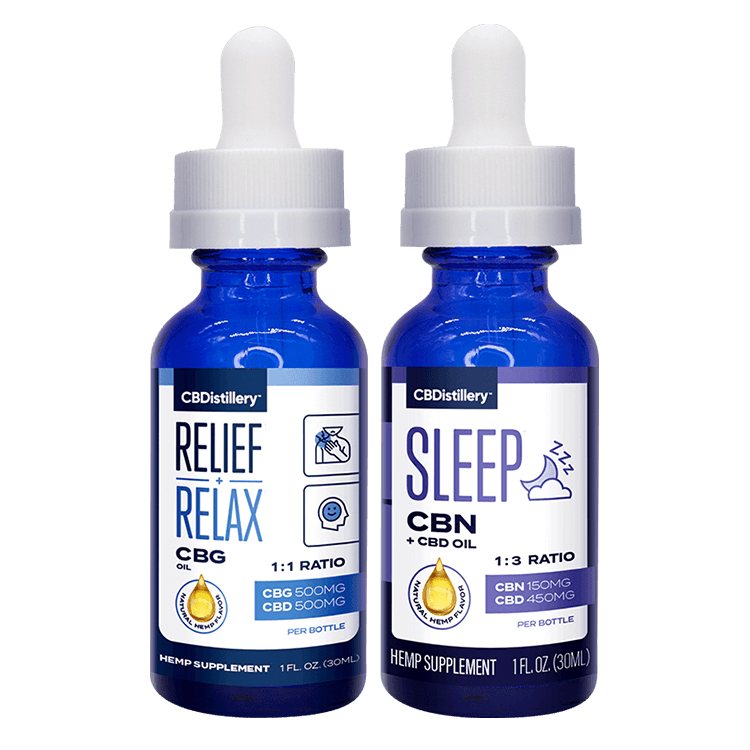